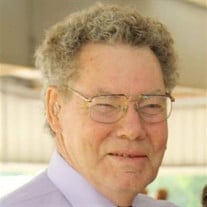 James Charles “Jim” Bartle, of Friendship, Wisconsin, formerly of Janesville, Wisconsin, passed away at home on February 1, 2020. A visitation will be held from 1:00 – 4:00 p.m. on Sunday, February 9, 2020 at the Rosman Uehling Kinzer Funeral Home in Beloit, Wisconsin. Funeral services will be at 12:00 p.m. (Noon) on Monday, February 10, 2020 at the Melby Funeral Home & Crematory, Platteville, Wisconsin, where friends may call from 10:00 a.m. until the time of the service. Burial will be at the Big Patch Cemetery, Smelser Township, Grant County, Wisconsin. Memorials may be made to the James C. “Jim” Bartle Memorial Fund. Online condolences may be made at www.melbyfh.com. Jim was born on March 9, 1944 in Platteville, Wisconsin, the son of Donald D. Bartle and Alice (Buckingham) Bartle Heim. James married, the love of his life, Elizabeth Rose Fortney on June 12, 1965. To this union they had two children, Paul Bartle and Brenda (Bartle) Spencer. Jim attended McCutchin Grade School and Arena High School. Jim also took on some technical school courses when he was an adult. Jim held numerous certifications in several areas as his knowledge and learning continued throughout his life. Jim worked many years at Warner Electric in South Beloit. He then moved onto working at Finnegan’s RV in Beloit. Jim then found work across the street from home, just over the hillside, working at American Mexican Petroleum Corporation. After this company closed, James found work at Zed Inc in Janesville. Jim ended his working career and retired from Lakeside International in Janesville. Jim was said to be “a jack of all trades, master of none”. Although one might also say he mastered a lot of trades but was always learning and trying something new. Jim loved his family and spending time with them daily. His hobbies consisted of four wheeling, snowmobiling, game nights, bowling, traveling, stock car racing, and picking on whomever was there. He was always up for a good laugh and enjoyed story telling. Jim was known for his large giving heart, witty sense of humor, and his helping hand. If ever you needed help, Jim was there to lend a hand. Jim also loved to work on vehicles with his son and teach anyone who was willing to learn what he knew. Jim taught his son, daughter, and granddaughters around the vehicles as well; changing their oil, checking the tire pressure, even helping change the brakes. While raising his family, Jim would always take the family on those Sunday drives, where you get in the car and have no set destination. Family time, talking and singing to the oldies while driving through the beautiful countryside. Surprise visits to unsuspecting friends and family added to the Sunday fun days. When the family went on a trip, Jim would always drive, but loved to sight see as well. Driving allowed for more family time, stories and “detours” that usually added hours onto the trip. James is survived by his mother, Alice Buckingham Heim; wife, Elizabeth “Liz” Bartle; son, Paul Bartle; daughter, Brenda (Paul) Spencer; granddaughters, Ashley (Ian) Larson, Morgan (Koby) Wellnitz, Chalyse (Gerald) Beecher, Chantel Spencer, and Chelsea Spencer; great-grandchildren, Alexander Spencer, Kelsey Wellnitz, Brooklyn Larson, Rylin Beecher, Chloe Larson, Cecelia Wellnitz, Caileigh Spencer, Remy Beecher, Lucille Wellnitz, and River Beecher; sisters and brothers, Donna Pahlow, Alietta (Dennis) Valdovinos, Jerry (Carol) Bartle, Walter Bartle, Mary Ehle, Daniel (Lachelle) Bartle, Judy Root, Thomas (Jackie) Bartle; Leo (Tina) Bartle; and many cousins, nieces, and nephews. Jim was preceded in death by his father, Donald Bartle; his brother, Barry Bartle; and his sister, Carol Jorgenson.

The family of James C. Bartle created this Life Tributes page to make it easy to share your memories.

Send flowers to the Bartle family.