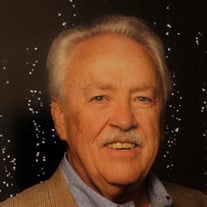 Kurt Reynolds, 71, of Beloit, passed away on Tuesday May 4, 2021 at UW Hospital Madison. Born August 19, 1949, the son of Curtis “Bo” and Margorie (Tuck) Reynolds, he was a 1967 graduate of Beloit Memorial High School. He served 4 years in the U.S. Army and was a graduate of Blackhawk Technical College. After military service, Kurt was employed by the Beloit Police Department in 1972 and faithfully served his community for 28 years, retiring as a sergeant in 2000. Kurt was involved with many community groups over the years to include Special Olympics, Easter Seals, Big Brothers-Big Sisters, the Salvation Army, among others, as well as service on the city’s Appointment Review Committee. He was a member of the South Beloit American Legion and the United Church of Beloit. Above all, Kurt most enjoyed traveling and spending time with family and friends. He was a loving husband, father, grandfather, and son-in-law whose presence will be terribly missed by everyone who had the pleasure of knowing him. He is survived by his wife, Barb; sons, Chad (Michelle) Reynolds, Christopher (Nicole) Reynolds, and Craig Reynolds; grandsons, Landon, Owen, and Logan; brothers, Matt (Cheryl) Reynolds, Dann Reynolds, and sister Mary (Jimmy) Hampton; mother and father-in-law, Betty and Bennie Harder; brothers-in-law, David (Debbie) Harder, Gary (Roxanne) Harder, and many cousins, nieces and nephews. He was predeceased by his parents. A memorial service for Kurt will be held at 1:00 p.m. on Friday, May 14, 2021 at Rosman Uehling Kinzer Funeral Home, 1125 Cranston Road, Beloit, with The Rev. Marti Reynolds officiating. Visitation will be from 10:00 a.m. until the time of service on Friday. A private interment at Floral Lawn Cemetery will be held at a later date.

The family of Kurt Reynolds created this Life Tributes page to make it easy to share your memories.

Send flowers to the Reynolds family.