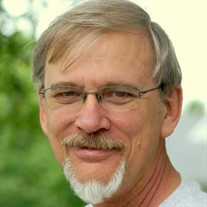 Raymond Dee Norton Jr. of Madison, WI passed away surrounded by his family after a 7 year battle with Scleroderma on December 27th. Born in Walla Walla, WA he called many places home over his lifetime. As a child he moved several times also living in Florida, Texas, Virginia and Wisconsin. He joined the Army at age 18 which took him to Germany 3 different times, Okinawa, Louisiana, Alabama and Colorado. He retired from the Army after 22 years in 1992 and made Wisconsin his final place to call home. Ray was blessed to have 2 great loves during his lifetime. He married his first wife, Christine, at age 18 in 1970, which graced him with 2 daughters and a son and 32 years of marriage. Priscah became his second wife in 2014 in which he was blessed again to gain another daughter. Ray had many interests and hobbies throughout his life. He had a huge love for science fiction and even held his own science fiction convention for a few years in Janesville, WI. His other loves included trains, D&D and role playing games. He even wrote and produced his own role playing games in the mid 1980’s. Ray had many small businesses over the years including hobby stores, flea markets, online stores, and worked as a photographer. He most recently was helping his wife Priscah to fulfill her dream of opening a coffee shop/bakery. Once an entrepreneur always an entrepreneur! Of his many accomplishments, having the titles of father, grandfather, and husband were the most important to him. He was preceded in death by his father Raymond Norton Sr., his mother Marvel Norton, and his first wife Christine (Bennett) Norton. He is survived by his wife Priscah Norton, his daughters Mary (Jody) Staveness of Madison, WI, Stacia (Harold) Steen, and Dorothy (Nathan) Lewis and his son Thomas Norton all of Janesville ,WI, his granddaughter Lindsay Steen and great-grandson Novak Hardekopf of Colorado Springs, CO, and grandson Joshua Steen of Peoria, IL., his sister Melinda (Roy) Crooms of Jacksonville, FL, and his brother Edward (Elizabeth) Ellickson of Marietta, GA as well as many nieces and nephews and sisters and brothers-in-law. Funeral service will be at noon on Tuesday, January 4, 2022 at Rosman Funeral Home with visitation starting at 11:00 a.m. Burial in Floral Lawn Cemetery.

Raymond Dee Norton Jr. of Madison, WI passed away surrounded by his family after a 7 year battle with Scleroderma on December 27th. Born in Walla Walla, WA he called many places home over his lifetime. As a child he moved several times also... View Obituary & Service Information

The family of Raymond Dee Norton Jr. created this Life Tributes page to make it easy to share your memories.

Send flowers to the Norton family.